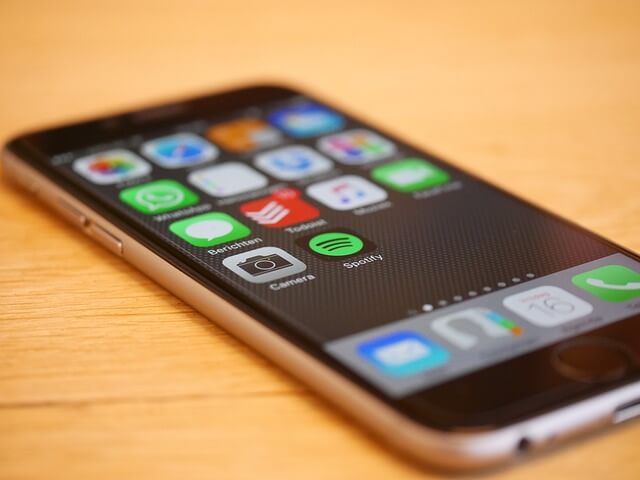 The iPhone spy software downloads are increasing day after day since the time these were first launched in the market. It is no secret that government agencies make use of these programs to help solve crimes. But this advancement in technology has also paved way for psychopaths and thugs to do their dirty deeds.

Imagine being monitored through your smartphone or tablet without even knowing it. Creepy, isn’t it? That’s what one woman said has happened to her. The lady who asked not to be named out of fear told Good Morning America’s (GMA) investigates that her ex-husband installed a spyware on her cell phone and monitored her, all without her knowledge.

According to the lady, she doesn’t know whether he was reading the emails that were sent by her or eavesdropping on phone calls that were made by her. Sure, it sounds extreme, but do you know how easy it is to use such a software to track someone’s online activities without them knowing about it.

All it takes for an unscrupulous invader is to set up an iPhone spy software on the target device and extract all the private information from it by executing a few simple commands from a remote location. To top it off, these inexpensive spyware are widely available over the internet.

These sleuthing apps aren’t available on Google Play and Apple App Store. Instead, these iPhone spy software have their own websites where you have to subscribe to a plan in order to download them. Much to your surprise, these spying tools won’t cost you an arm and a leg and are usually marketed as a way for people to keep tabs on their kids and employees. While there may be valid reasons and ways to do that, many are aware of the fact these programs go much further.

For instance, people such as your friend, acquaintance or stranger, could come up with an excuse of not having cell service or phone and request you to use your phone just to get it out of your hands and set up the spyware on it. With an iPhone spy software, they will be able to see almost everything that happens on your cell phone including calls, texts, photos, videos, GPS location, emails and more. All of this will be at their disposal without having your phone in possession.

To validate this, I used an iPhone spy software called Xnspy that is developed and marketed as a tool to retrieve information from mobile devices. Using this spy app for iPhone 6 Plus enables the user to snoop on a cell phone virtually the same way as a law enforcement or government agency could. The stealthy app can access just about anything that happens on a smartphone without giving the target a single hint about their presence. 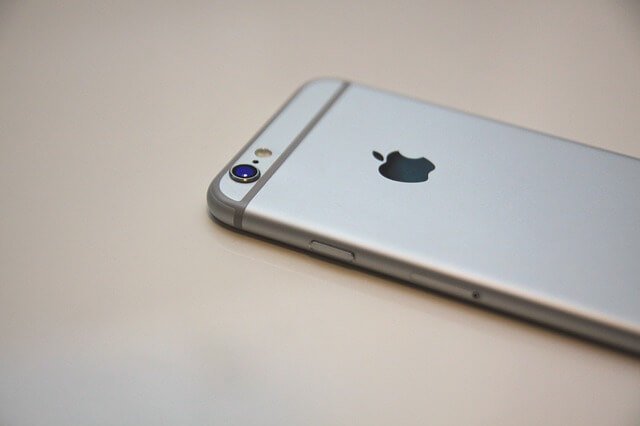 Here’s How the Spy App for iPhone 6 Plus Works

The no-jailbreak edition of www.xnspy.com allows you to pry on any iOS device without physically accessing it. It doesn’t even require one-time access to the device as you can remotely set up the program if you have the iCloud details of the target. Once the invasive app is up and running, you can instantly lay your eyes on chats, calls, texts, Instagram, Tinder, and more from anywhere.

I decided to put this sneaky little program to the test with the consent of a co-worker, Alan. I used his iCloud credentials to set up Xnspy on his iPhone 6 Plus and you will be shocked at what I discovered!

The iPhone spy software was every bit invasive as one can expect. Not only the spying tool gathered all the messages, call logs, location history, social media messages, photos, and videos, but it also enabled me to record phone calls. Furthermore, the ‘Ambient Recording’ feature of the app allowed me to overhear target device surroundings by turning on the microphone on Alan’s phone with a non-intrusive remote command. I sent the command from the palm of my hand to record discussions taking place near his phone and I was able to listen to a discussion as if I was standing there.

Think of it this way; Alan, my consenting co-worker has his iPhone in his hands and I am keeping tabs on his online activities from my phone. When I sent a remote command to Alan’s iPhone telling it to take a live screenshot of the display, the app snapped the picture of his phone display and, then automatically uploaded it to my personal Xnspy web account. I accessed the secure web account through my phone and viewed the screenshot. Frightening isn’t it?

If you aren’t scared yet, then wait a little it will get worse. The invasive iPhone spy software even let its users remotely control the target device. Yup! You’ve read it right. The remote control gave me the authority to lock Alan’s device or wipe his private data from the phone.

If you think that’s scary then think again because Xnspy also allows users to monitor specific activities on the target device. For example, by adding keywords like contact names, numbers, or emails I was able to track certain activities of Alan. Thanks to the iPhone spy software that immediately notifies me with an instant alert whenever the defined keywords appear on his screen.

It even gave me the power to monitor certain sites, places or locations by setting geofences around desired zones such as pubs, parks, office or home. And whenever the target tried to venture beyond a designated zone the app sent me an alert to take a prompt action. Many will agree that this is clearly overstepping the bounds of ethical monitoring. Xnspy is certainly capable of intrusive surveillance and it is available to everyone for less than $9 a month.

The only shortcoming in my view is that Xnspy only supports iOS and Android devices. Besides this, I wasn’t able to spot any inadequacies in the iPhone spy software. It was shocking that I was able to retrieve just about all activities from Alan’s phone without having it in my possession. Even his Facebook Messenger chats, exact GPS location and location history (with visited sites pin down on a map) were available to me. It didn’t matter if I was sitting next to him or miles away from him. Xnspy performed the same regardless of how far or close I was to Alan.

From this test, I can draw no other conclusion except that it is absolutely possible to snoop on someone’s iPhone without jailbreaking it and without manually accessing it. More importantly, the breed of iPhone spy software that exists today is quite invasive. These programs can remotely establish the connection with the phone you are looking to monitor. Once this connection is established almost all the information on the device can be extracted by the person operating the spy application.

So if you have a mobile device that you feel may have compromised by this type of spy app for iPhone 6 Plus, then it is suggested you should simply perform a factory reset or look for the invasive program on your device in order to remove it and block the unscrupulous person from accessing your private information.

I hope you will find this post beneficial as I have provided some useful information to you and stay wary of impostors who use these programs to their advantage.

How do Gas Sensors Work?

A Brief History of Automobile Technology

Factors to Consider When Shipping with a Freight Company