Dinosaurs have been extinct for 65 million years already. They would have stayed that way, if John Hammond didn’t put his brilliant brain into a dino-research lab, recreating dinosaurs from a DNA that was retrieved from a mosquito inside tree sap. That’s how the Jurassic Park (1993) narrated the story and kept the audience mesmerized. Towards the end his dream theme park Jurassic Park gets all messed up by the dinosaurs he recreated, and everyone though that’s the end of this movie franchise.

But no, there had been two more sequels of the same movie within the same decade, then the directors and producers had taken a long break. After so long, a new Jurassic Park movie comes out with the title Jurassic World. The plot changes a little, the park a whole lot – but the excitement remains the same. Adrenaline will still rush through your veins no matter how old you are.

Spoiler alert! This article spoils few beans of the movie. 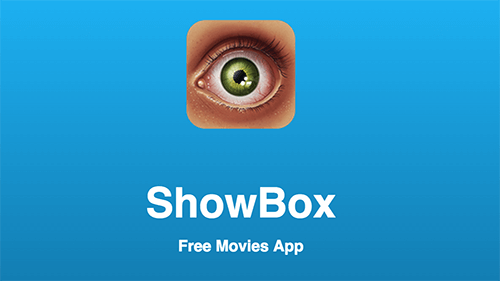 After InGen’s failure to keep the park active and running, a new corporation named Masrani Global takes over the renovation of this legendary theme park. The story goes back to Isla Nublar, where it all started back in 1991. Mr. Masrani, the head of Masrani Global is a visionary person who believes every though or imagination can be brought into reality with wisdom. InGen Corp is now owned by Masrani Global as well.

However, Jurassic World is up and running well without any disturbances, but things start going wrong when a new attraction has been developed. Mr. Henry Wu is the chief biologist, the behind the scene guy for all these dino-developments. The company requires the engineering team to unveil a new attraction every few years so that people keep rushing to Jurassic World. To keep this legacy alive, Henry Wu develops a new dinosaur – Indominus Rex that is based on T-Rex and rest of the genetics is classified. Being born and raised in captivity, the I-Rex doesn’t know how to react to the nature or the humans; so when it makes its way out to the open it starts killing everything on its way that moves.

The whole movie plot basically surrounds around this Indominus Rex. The I-Rex escapes from its isolated paddock, kills a team of mercenaries that went out to bring the I-Rex back, kills a lot many dinosaurs of the park, endangers the lives of two little kid who play an important role in this movie and finally gets eaten by the Mosasaurus – a sea lizard that’s far bigger than regular sized sharks and of course, the land living dinosaurs.

Throughout the whole movie suspense was well kept. Mr. Masrani dies in the process of getting I-Rex back into its captivity, InGen security chief tries to take over by a conspiracy plan and he gets killed by a Velociraptor. T-Rex, Velocirpator and the huge Mosasaurus saves the day from I-Rex, leaving the park all messed up and disastrous. Why does all the Jurassic Park movie follows the same track?

However, the movie leaves a question to Claire, Senior Assets Manager at Jurassic World. What brand shoe does she wear? She walks the whole Jurassic World in those pointy high heels and even outruns a T-Rex but never broke those in the movie. Unveiling the brand may truly help the ladies out there.

What’s your thought about Jurassic World? Does it bring back your childhood goosebumps? Many people said over usage of CGI kind of spoils the vibe. What’s your opinion on it? Keep an eye on ShowBox to know what other peoples think, and you may also leave your opinion as well.

Does Your Product Display Grab The Consumer’s Eye?

Drugs In the Modern Era: Definitions and Consequences